The BHPRA regularly organise litter cleaning around the area.  Children are very welcome, but accompanied by an adult please.  Equipment is provided, courtesy of CleanupUK.  There’s a free coffee for all taking part.

Fifteen volunteers helped collect an estimated 60kg of rubbish from around Bush Hill Park.  Our thanks to everyone for helping make a difference. 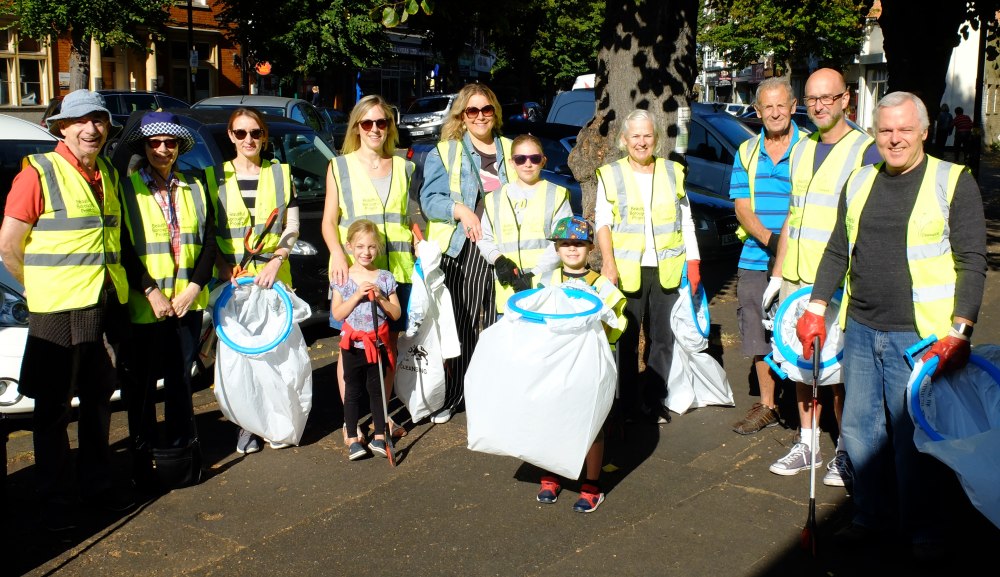 Around 30 adults plus several youngsters from a local Scout Beaver troop collected 39 bags weighing 164kg, making this our second highest haul.  Our thanks to Sam from CleanupUK and our three ward councillors who all assisted. 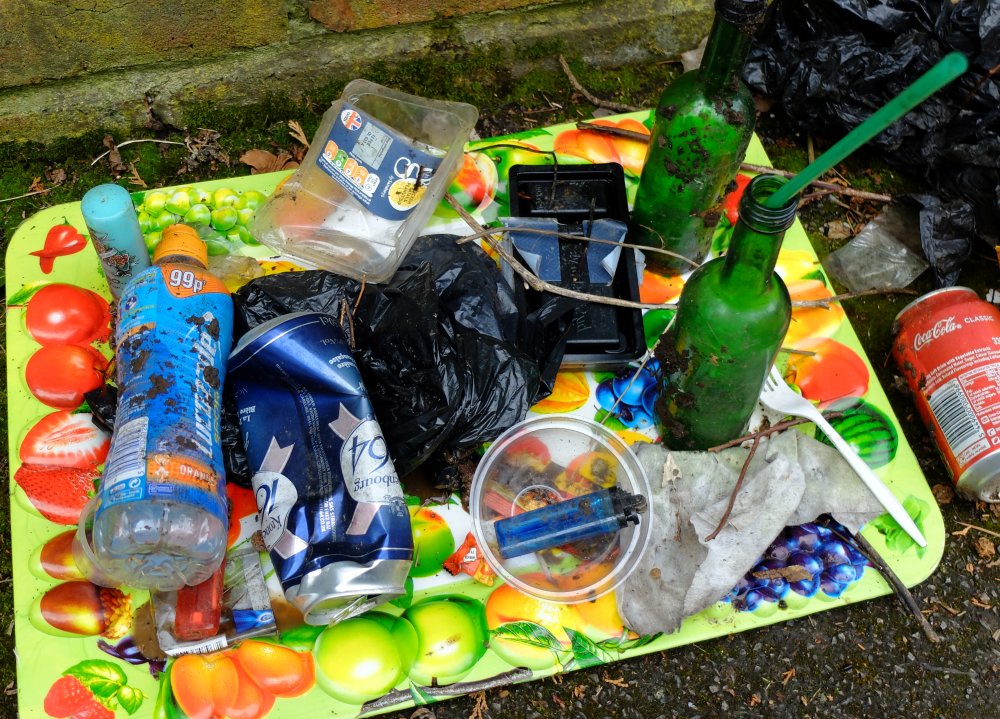 Amongst the trash was this very nice tea tray (one of a pair) recovered from Village Road which, with a collection of other rubbish, made a pleasing study. 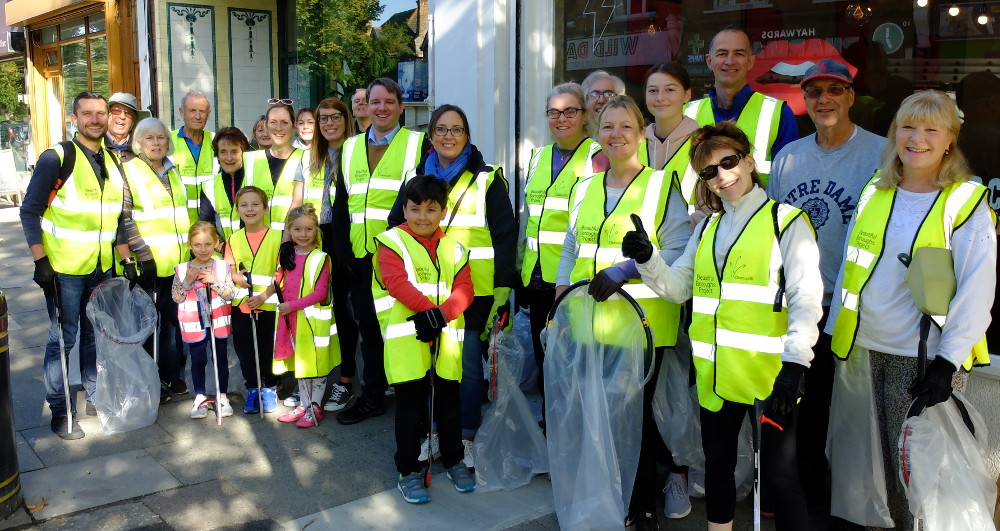 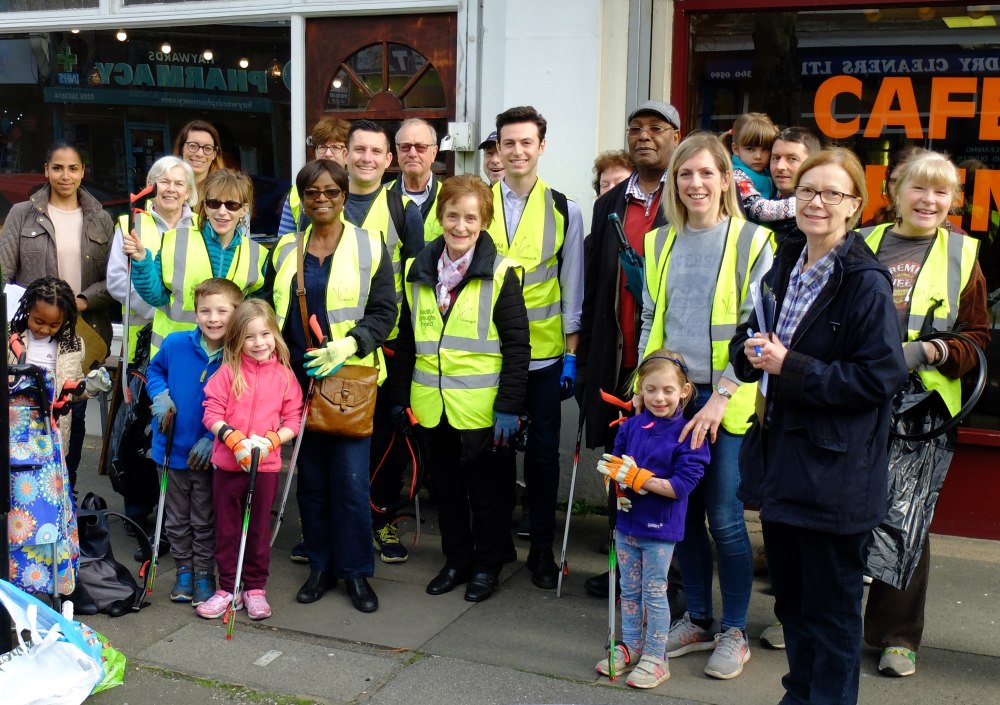 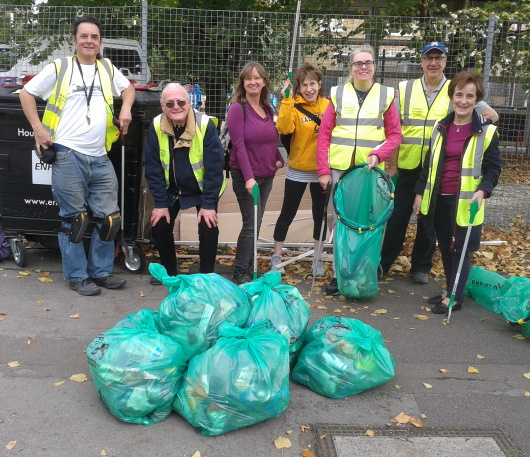 Our first spring-clean got over 20 volunteers out.  We collected 30 bags of rubbish totalling 280kg. 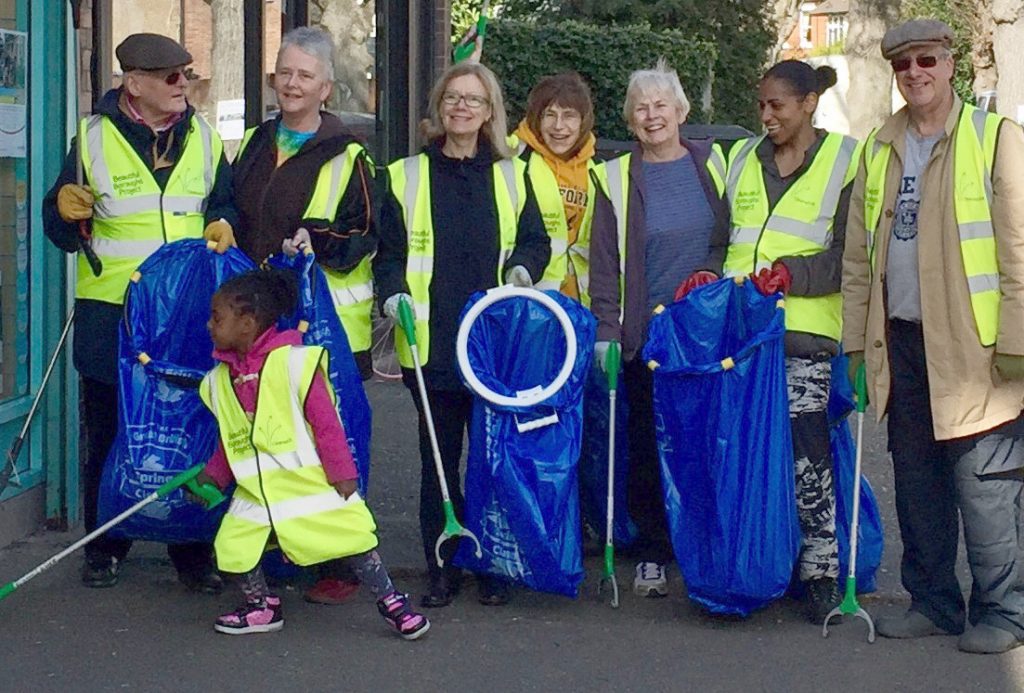 Some of the volunteers out collecting litter on 1st April.